The independent Swiss watch brand Breitling was founded in St Imier, Switzerland in 1884. By 1892, in response to the company’s significant growth, Leon Breitling relocated to La Chaux-de-Fonds.

Breitling watches have played a crucial role in the development of the chronograph wristwatch. They are one of the world’s only major watch brands to equip all their models with chronometer-certified movements. They also produce their own mechanical chronograph movement which has been entirely developed and manufactured in their own workshops. 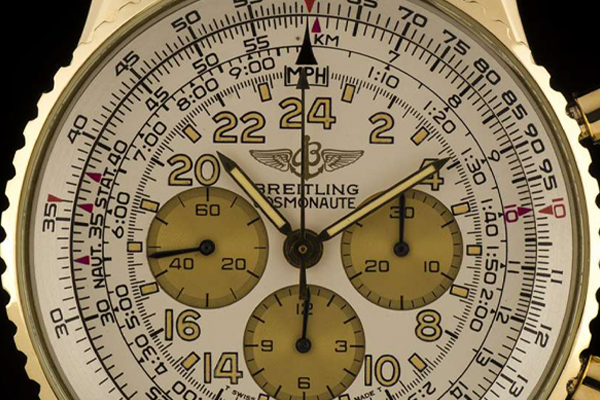 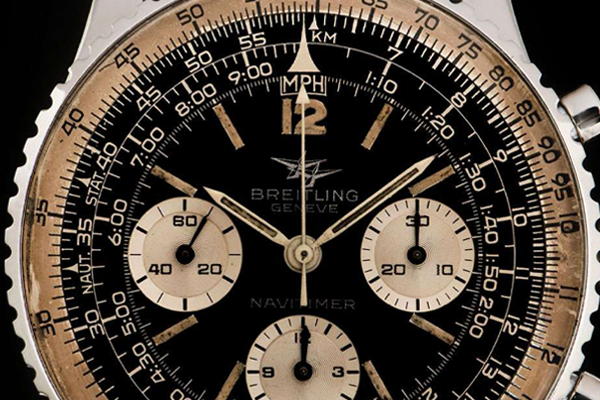 The founder; Leon Breitling chose to concentrate on perfecting chronographs and timers, an exclusive and demanding field. These highly accurate timepieces were intended for sports, science and the industry. His son Gaston took over the firm in 1914 and just a year later he invented the first independent chronograph pushpiece, paving the way for the popularity of the chronograph wristwatch.

By 1923, he had perfected this system by separating the stop/start functions from that the reset function. His patented innovation made it possible to add several successive times without returning the hands to zero. This proved to be useful for timing sports and calculating flight times.

Gaston’s son, Willy Breitling took over the family firm in 1932 and began to set the final touches to the modern chronograph by creating the second independent reset pushpiece in 1934; this was a massive breakthrough that was soon adopted by the competition. Breitling achieved wordwide fame in the early 1930’s by creating onboard chronographs intended for aircraft cockpits. They became indispensable to pilots and were used by various armed forces including the Royal Air Force which used them on World War II propeller-driven fighter planes.

The launch of the Navitimer chronograph model in 1952 featured a circular slide rule which served to carry out all navigation-related calculations. This model has been continuously manufactured for almost 60 years, making it the world’s oldest mechanical chronograph still in production. This model was worn by Astronaut Scott Carpenter in 1962 on his orbital flight aboard the Aurora 7 capsule, becoming the first space-going chronograph wristwatch.

Throughout the 1950s and 1960s Breitling played a crucial role in the boom of commercial aviation; their onboard chronographs became standard equipment firstly on the propeller-driven planes and later on the jet aircraft of many airplane manufacturers and airline companies. The brand therefore earned the status of ‘official supplier to world aviation’.

The first selfwinding chronograph movement was presented by Breitling in 1969. The launch of their famous Chronomat model in 1984 reignited the popularity of the mechanical chronograph; this has since become their leading model.

In 1979, Ernest Schneider; a pilot, watch manufacturer and microelectronics specialist took over the Breitling brand from the founder’s grandson, Willy Breitling.

In 2002, the brand built an ultra-modern facility in La Chaux-de-Fonds in Switzerland; the town where Leon Breitling opened his factory 110 years earlier. They dedicated this unit to the development and production of their mechanical chronograph movements. Every single movement is monitored by an ultra-sophisticated computer program that automatically directs it towards the appropriate workstation, along a route alternating between entirely automated workstations and others requiring manual intervention. This is because for some operations, nothing can match the latest high-tech advancements and industrialization results in infinitely more precise tolerances than manual workmanship. The brand also exclusively uses thermocompensated SuperQuartzTM movements that are ten times more accurate than the standard quartz movement.

Once again, in 2009 the company made their mark on the history of the chronograph by creating Caliber 01; the finest selfwinding chronograph movement which was developed and manufactured entirely by Breitling.

Breitling is one of the world’s only major watch brands to test all its movements to the highest standard of precision and reliability; the Swiss Official Chronometer Testing Institute (COSC).  In order to earn this much-coveted title the movement must pass seven extremely rigorous criteria in order to meet a 99.99% degree of accuracy. Only around 5% of the watches produced in Switzerland are chronometer certified.

Breitling is associated with some of the greatest airshows on the planet; Reno Air Races (United States) and the famous Breitling Jet Team which flies with the company colours. By supporting the restoration of the legendary ‘Breitling.

‍Super Constellation’; a propeller-driven, four-engined airliner which is one of the last in the world that is flightworthy, they continue to preserve their strong association with aviation.