A Brief History of Rolex

A Brief History of
Rolex

Whether you're an avid wearer of Rolex or you prefer other brands, rest assured that all watch lovers will take pleasure in learning about the enthralling history behind the iconic label that revolutionised the watchmaking industry and became one of the world's most beloved brands.

The Men Behind The Watch

Established in 1905, this luxury Swiss watch manufacturer was originally founded in London, and at the beginning was created under the brand name Wilsdorf and Davis by businessmen and brother-in-laws Hans Wilsdorf and Alfred Davis. The two young entrepreneurs both began specialising in the distribution of timepieces, however, this was not Wilsdorfs dream, he had actually envisioned and dreamt of creating a watch that you wear on the wrist. Wristwatches were not the norm during the early 20th century because none existed that were both elegant and reliable - none up until Rolex, of course.
‍
The founders wished to reinvent the brand they had created with a new name, a name that would be easy for people to pronounce in any language. Wilsdorf decided on Rolex as he thought it sounded onomatopoeic and like a watch being wound. He is also quoted as saying “I tried combining the letters of the alphabet in every possible way. This gave me some hundred names, but none of them felt quite right. One morning, while riding on the upper deck of a horse-drawn omnibus along Cheapside in the City of London, a genie whispered ‘Rolex’ in my ear.” And so, the old name Wilsdorf and Davis was scrapped and the company was officially trademarked as Rolex in 1908. 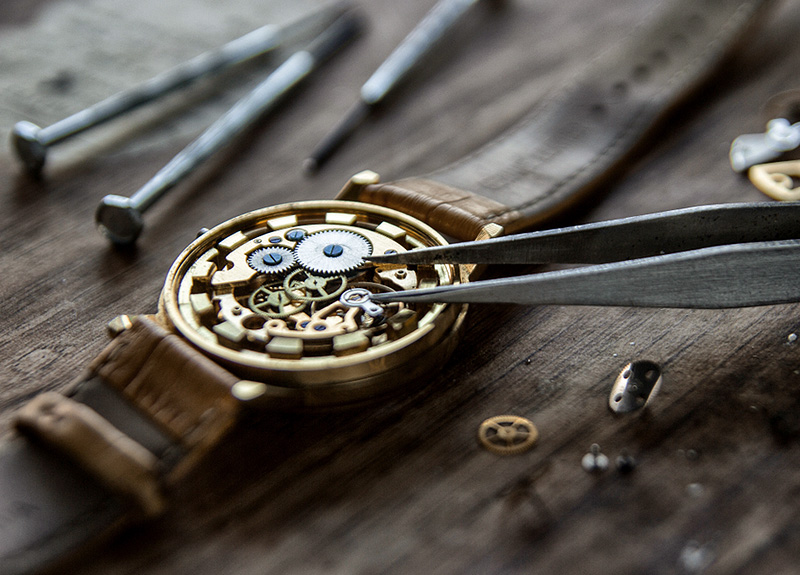 After WW1, Britain began suffering from post-war economic failures, and the Rolex headquarters relocated to Geneva in Switzerland because of these unfavourable circumstances. Wilsdorf changed the name again to Montres Rolex SA in 1920.

Off To The Races

1926 was the year Rolex would debut a game-changing and innovative design for a new watch that would be the first of its kind. It would be the very model that would set them off to the races of achieving worldwide success and recognition. 'Oyster' was the name of this holy grail creation, the wristwatch was water-resistant and dust-proof, as well as elegantly designed with a glossy finish and optimal case protection. This new watch was undeniably a turning point for Wilsdorf because, without the Oyster, Rolex would never have become the respected and valued brand that it is today.
‍
Something you may not know about the Oyster is that the watch crossed the English channel with Mercedes Gleitze, who was a professional swimmer. The watch remained intact, showing zero signs of damage, even after 10 hours of being submerged in the English waters. This validated claims of the Oyster's abilities and thus silenced any sceptics. 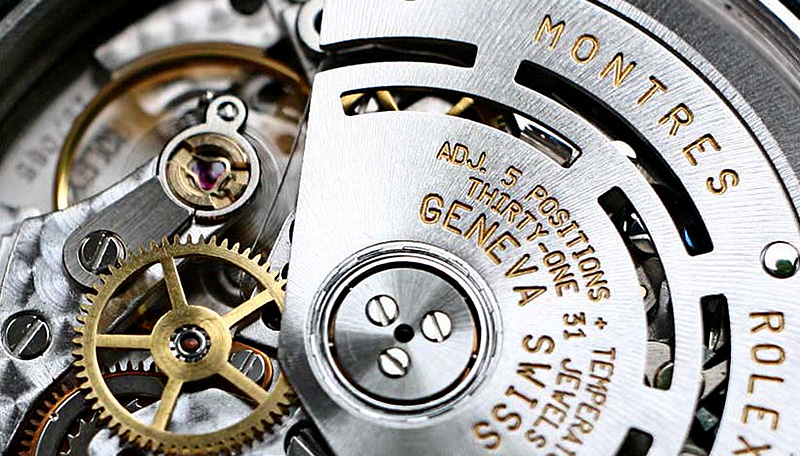 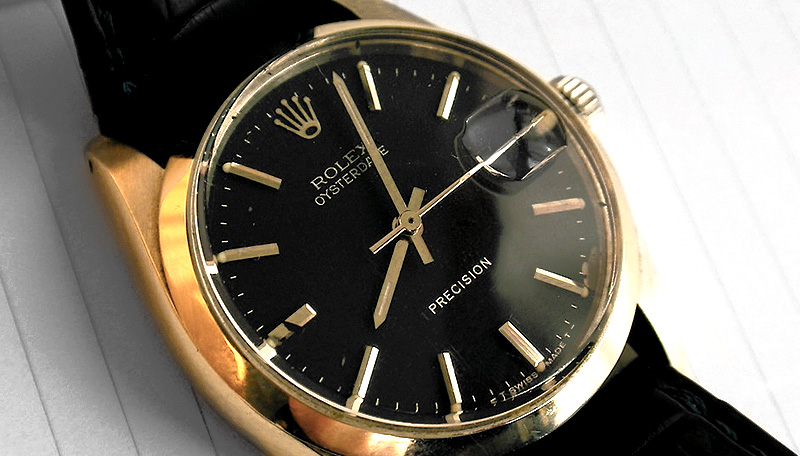 Following the success of the Oyster, in 1931 Rolex sought to invent another new kind of watch, that would yet again be the first of its kind - it was the Oyster Perpetual.  Another ingenious and innovative design went into the making of this model, the watch consisted of new mechanisms such as a self-winding perpetual rotor, in addition to the same water and dust resistance amenities that the preceding oyster had.
‍
The Oyster Perpetual transformed the watchmaking industry and its heritage is evident in all modern automatic watches, which use the same mechanisms that were originally designed by Rolex. 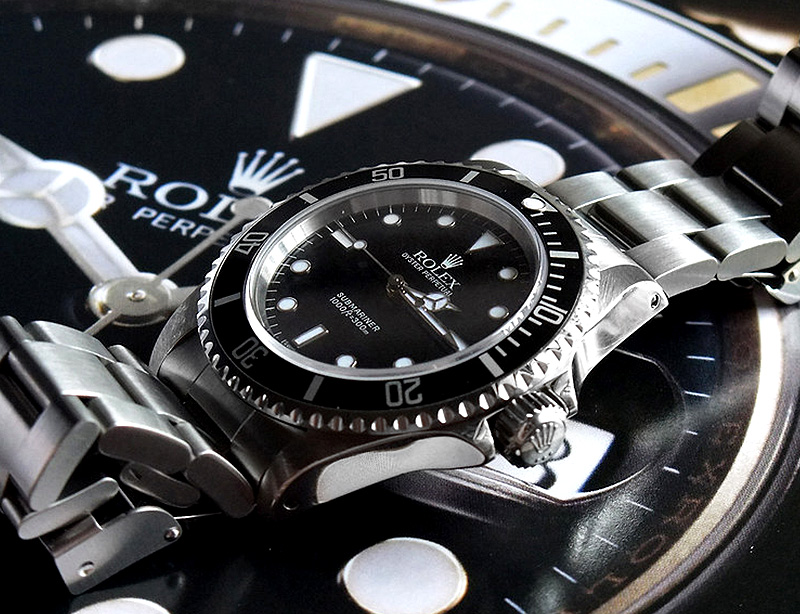 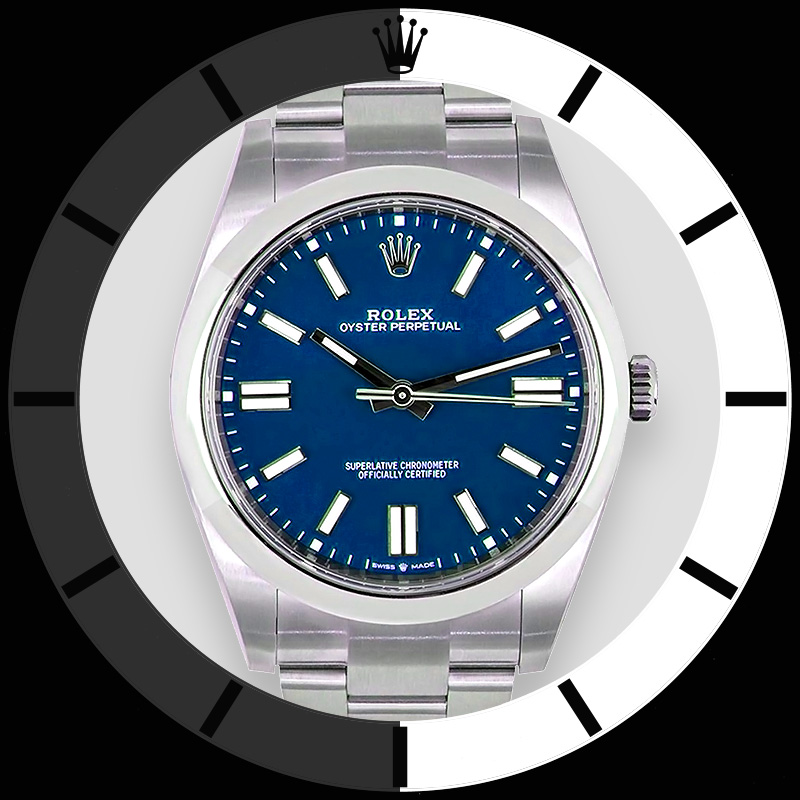 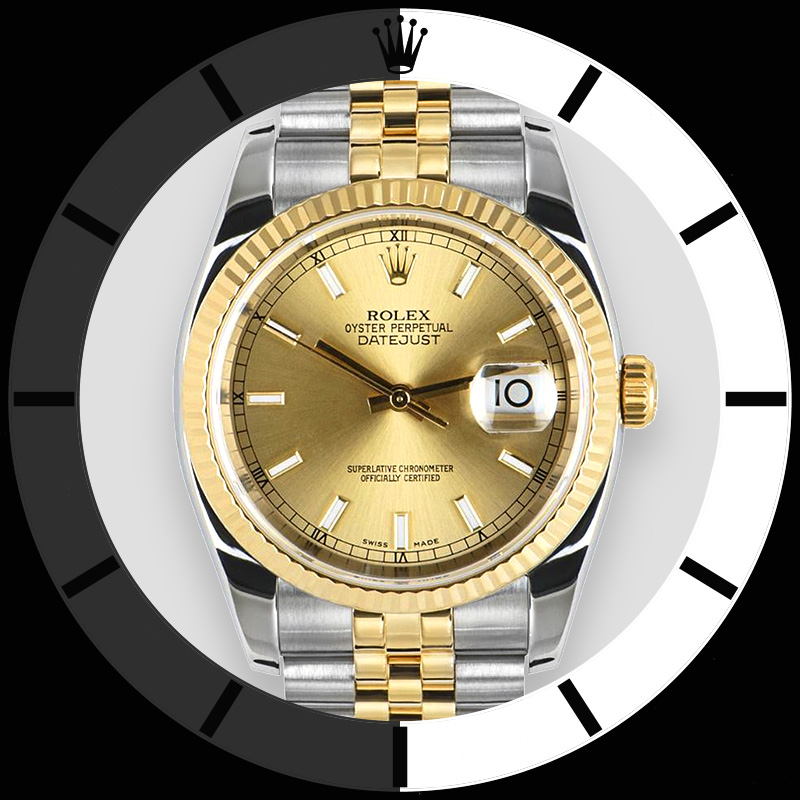 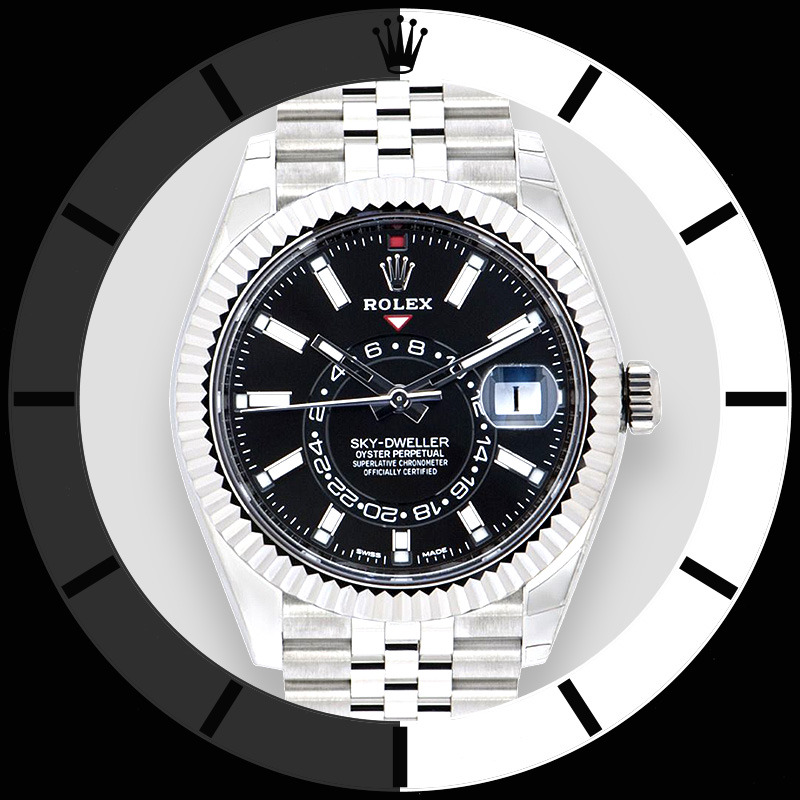 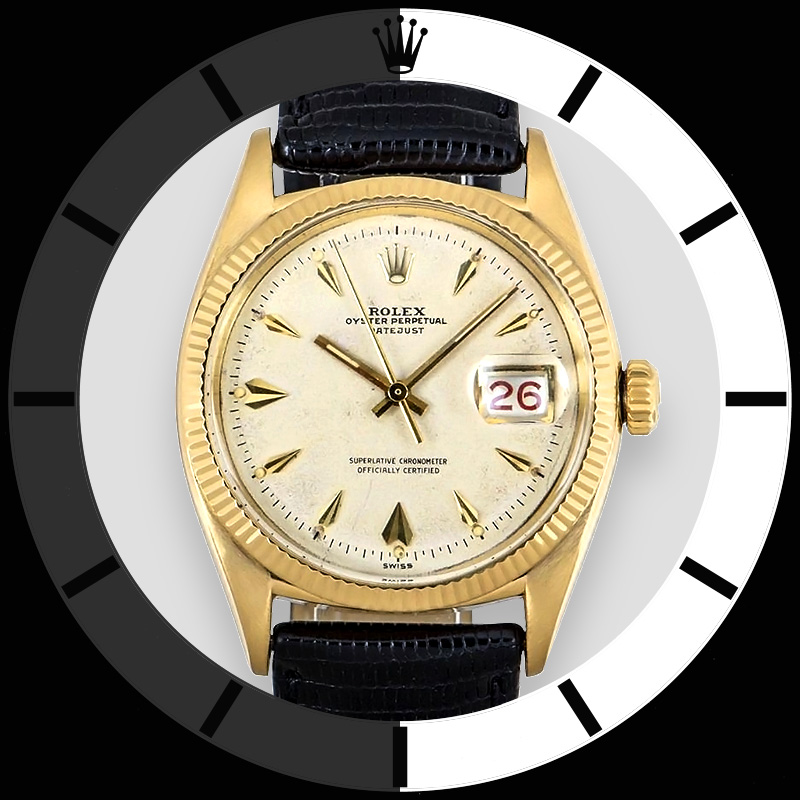 Dawn Of The Datejust

Rolex introduced the world to their latest model that was to become a vital pioneering force in 1940s watchmaking. The birth of the Datejust, in 1945, conjured up paramount admiration and respect within the watchmaking industry as the Datejust was the first self-winding chronometer wristwatch that displayed the date in the dial window.

The Datejust model is undoubtedly the star of the Rolex Oyster collection, it is of great beauty, equipped with a specially made jubilee bracelet and enriched with a fluted bezel. Initially, the Datejust was made for men exclusively, but models for women soon hit the high streets during the next decade. 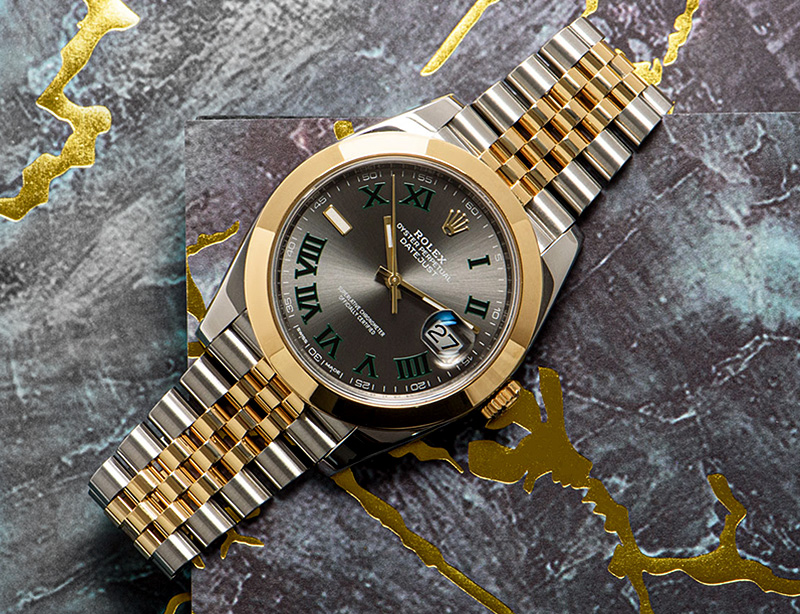 Rolex watches were dubbed the 'watches of achievers' - and for good reason, as these watches accompanied not only ordinary folks, but those partaking in extreme activities such as deep-sea diving, aviation, mountain climbing, and scientific exploration. The legacy of these models is apparent, Rolex watches having been utilized by many achievers voyaging on adventurous excursions all across the earth. For example, the two men involved in the 1953 Everest Expedition, Sir Edmund Hillary and Tenzing Norgay, wore Oyster Perpetuals during their mission. This historic event paved the way for a new generation of iconic Rolex watches, resulting in the release of a state-of-the-art Oyster Perpetual Explorer in celebration of the victorious Everest Expedition.
‍
After the world's favourable response to the Oyster Perpetual Explorer, Rolex once more pursued the creation of new models that would serve different professional purposes. In 1956, the Oyster Perpetual Milgauss was created for the scientific community and had been designed to withstand strong magnetic interference. The European Organization for Nuclear Research (CERN) put this Rolex watch to the test, and after rigorous testing confirmed that the Milgauss watch could in fact resist magnetic fields of up to 1,000 gausses. As the 1960s emerged, Rolex launched the 'Deep Sea Special'. Two other water-withstanding models had been previously introduced in the 1950s, but the third invention was made to combat the most extreme water conditions, including the challenger Deep portion of the Mariana Trench. The 'Deep Sea Special' was succeeded by the Cosmograph Daytona and the Oyster Perpetual Sea-Dweller. 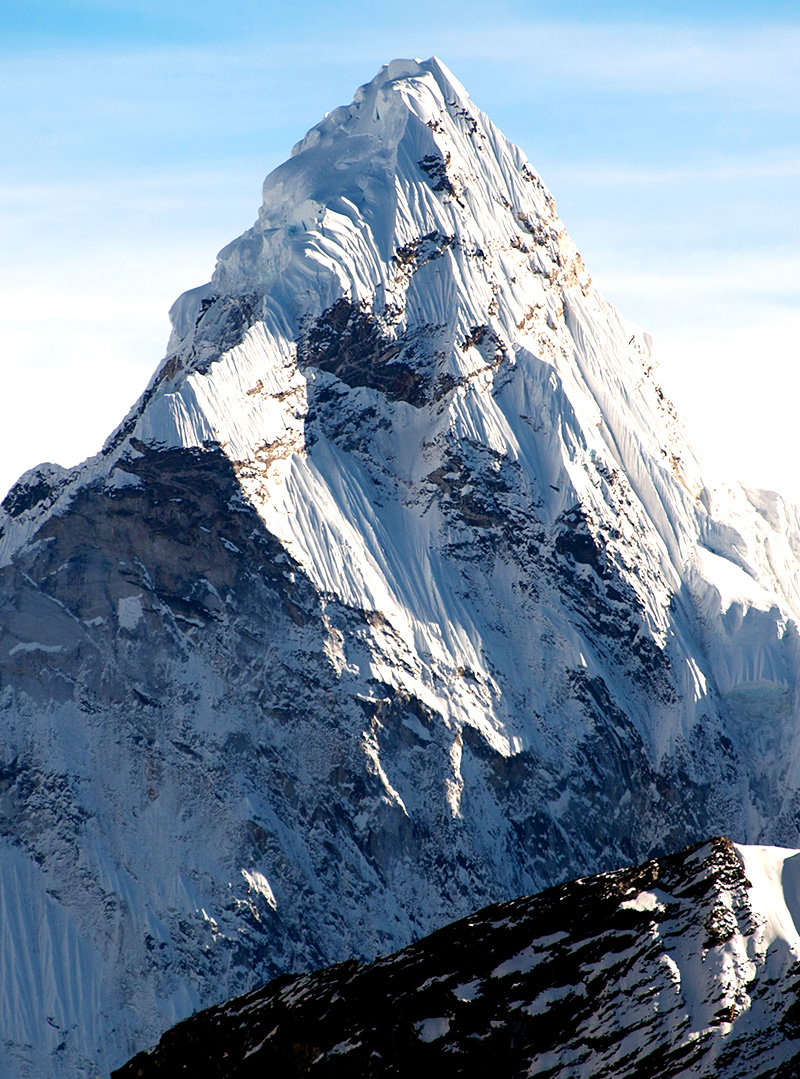 In recent years, Rolex has unveiled well-known models such as the Oyster Perpetual GMT-Master II, Cellini collection, and Cellini Moonphase. In 2019, the business launched 'Perpetual Planet', in response to the world's current environmental concerns. They collaborated with the National Geographic Society in hopes of providing more research into climate change. 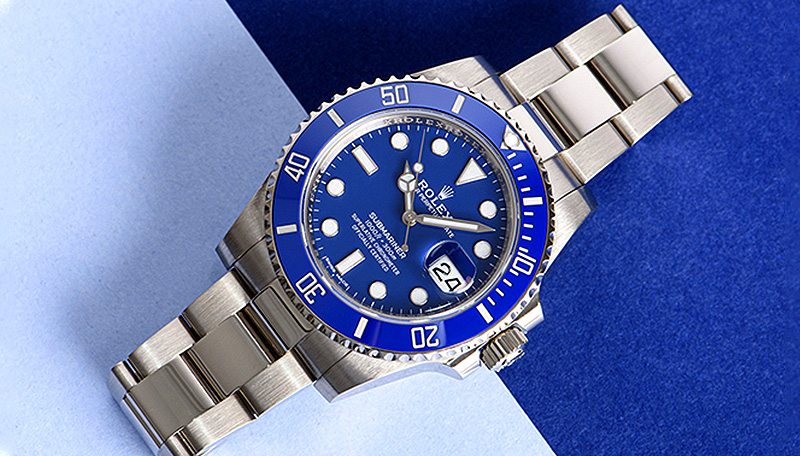 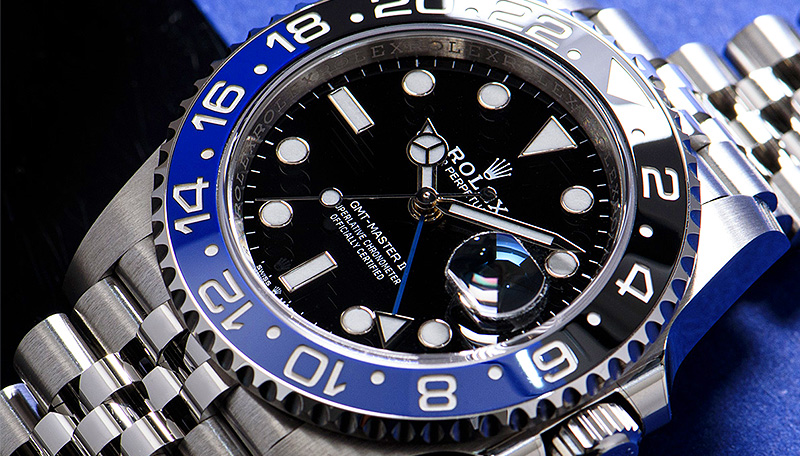 When you read about the enticing history of Rolex, it seems almost inconceivable that two young entrepreneurs with a dream of making wristwatches would end up creating one of the most iconic and legendary brands ever known. Rolex was recently recognised as the 71st most valued brand in the world, and because of their timeless designs and virtuous quality, it is not hard to understand why.