“Every Rolex tells a story” is much more than a marketing tagline. It speaks of a watchmaker whose wearers have measured their dedication and endeavour by the precision-engineered hands of a Rolex.
‍
Rolex has a long and rich history of ambassadors who have aligned themselves with one of the most prestigious brand names that has ever been.
‍
When the first woman swam the English Channel in 1927, she did so wearing a Rolex around her neck. When land speed records were repeatedly broken in the 1930s, they were smashed with a Rolex. When the first successful summit of Everest was made in the 1950s, the mountaineers were accompanied by a Rolex.
‍
These early pioneers, who undertook some of the most daring feats of their day, were the forerunners to what we now describe as “brand ambassadors”. Like no other brand on the planet, Rolex has positioned itself as a cultural icon that has adorned the wrists of some of the most celebrated individuals in modern history.
‍
Today, brand ambassadors perform legendary sporting feats under the Rolex banner, world leaders wear a Rolex and in the arts, creative talent is born beneath the exactitude of Rolex watches.
‍
How the brand has interwoven the stories of historical and contemporary figures is testament to the enduring prestige of Rolex timepieces.

In the Beginning - How Rolex Set the Measure in Society

German-born Hans Wilsdorf and his brother-in-law Alfred Davis established the Rolex brand in 1908. The former understood the appeal of precision timekeeping as a cornerstone of society right from the outset.
‍
Britain had built its empire upon tracking the hands of time to navigate the longitudes of far-flung oceans. Ordinary civilians had a burgeoning desire to tell the time with accuracy, indeed an ordered society dictated the very need for it. In a time when promptness was politeness, Rolex crystallised itself as the timepiece by which citizens arranged their day to day lives.
‍
From the very beginning Wilsdorf recognised the power that endorsements could wield for promoting the brand. In the early days, Rolex capitalised on “testimonials” from instantly recognisable and prominent figures of the day.
‍
Not only were the early ambassadors notable in their own right, but their achievements were enthralling for a public hungry for tales of prowess, discovery and scaling new heights in human endeavour. 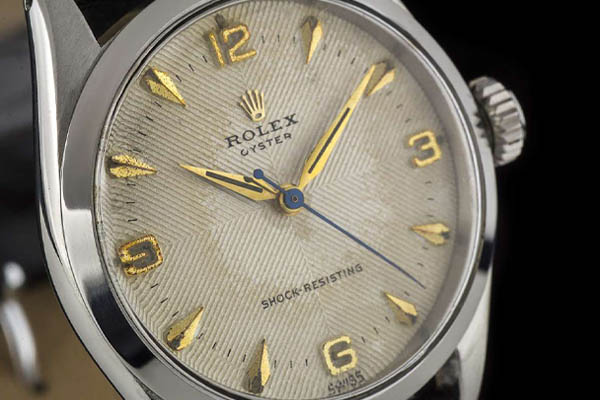 When Mercedes Gleitz completed her 10 hour Channel crossing, the newly developed Rolex Oyster featured in a full-page Daily Mail advertorial that hailed the “wonder watch that defies the elements”. The swimmer herself wrote to Wilsdorf describing her astonishment that the Oyster had emerged from the seas completely unscathed and keeping time perfectly.

Having conquered the oceans, the next mission for the Oyster was to dominate the skies. When the Royal Airforce became the first plane to fly directly over Mount Everest in 1933, Lieutenant-Colonel Stewart Blacker wrote to Rolex commending the performance of the watch. The testimonial was soon published to hail the place of the timepiece in making yet more history. 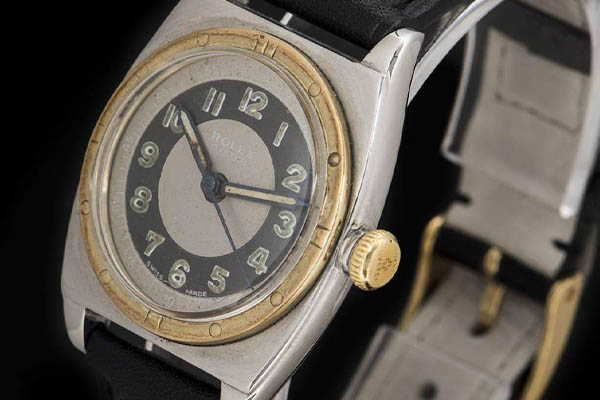 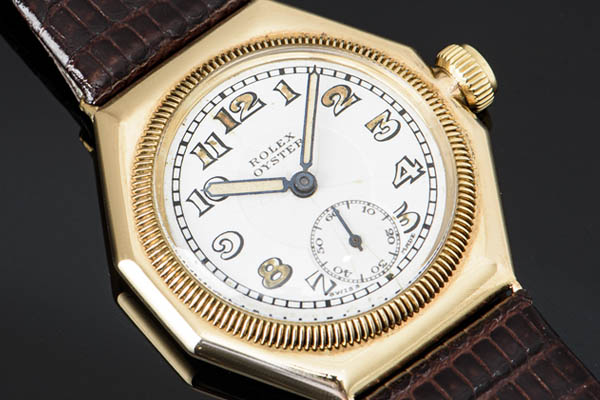 Sir Malcolm Campbell would become the first long term Rolex brand ambassador. When he set the final of his nine land speed records at Bonneville Salt Flats in Utah in 1935, he did so wearing an Oyster. Rolex offered to pay Campbell to wear their watches but he refused. Ingeniously, this very fact was used to promote the brand. Rolex was so good, that the great racer did not need any financial incentive to use its pieces.

From Record Breakers to Politics and Hollywood

If the 1920s and 30s were the golden age of speed, flight and endeavour, then the 1940s and 50s expanded the brand into culture and politics. Rolex would increasingly become a leisure and lifestyle choice alongside the coronet as the timepiece for those requiring precision and exacting standards.
‍
During the war, with watchmakers adjusting their tooling to concentrate on manufacturing simple, rugged watches for the battlefield, Rolex supplied a limited number to the armed forces and continued its focus on the civilian market. 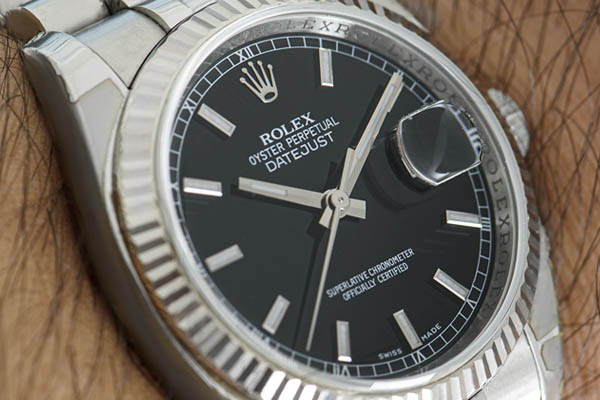 In 1945, as World War II came to an end, Rolex released perhaps their most iconic model in its history - the Datejust. Three years later, as the milestone of 100,000 watches made was reached, Sir Winston Churchill was presented with a Datejust. The watch was personalised with Churchill’s coat of arms at his own request.
‍
Churchill represented the pinnacle of how Rolex had now long proved itself adept at positioning the brand on just the right wrist at just the right moment. Other luminaries soon followed the British statesman.

To mark the 150,000th Rolex timepiece, a Datejust was presented to Dwight D. Eisenhower in 1950. Eisenhower would be the first American president to wear a Rolex and when he famously wore it on the cover of Life Magazine in 1952, the brand’s prestige was elevated yet further. 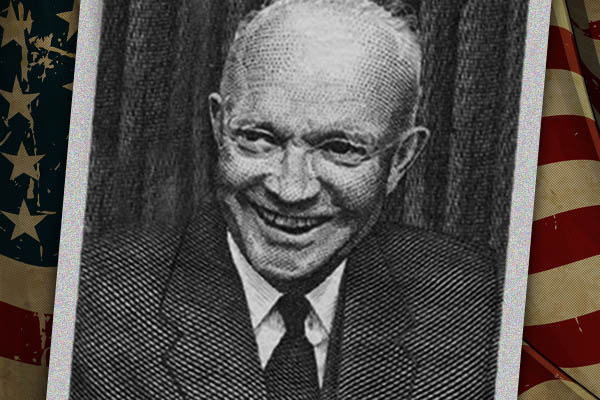 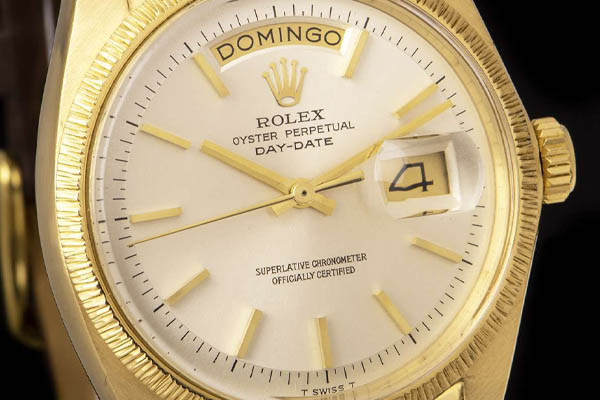 Just three years later a second president would be pictured with a Rolex. Lyndon B. Johnson famously sported a Day-Date in 1956 and the brand once more capitalised with heavy promotion associating itself with world leaders.

It wasn’t just the field of politics into which Rolex effortlessly positioned itself. Actor, film director and racing driver Paul Newman was rarely pictured without his Cosmograph Daytona. Steve McQueen always wore a Rolex Submariner upon his right wrist. Into the 1960s and Marilyn Monroe would present John F. Kennedy with a Day-Date. However, the watch would remain hidden for decades, with the circumstances of the gift deemed unseemly for an American president. 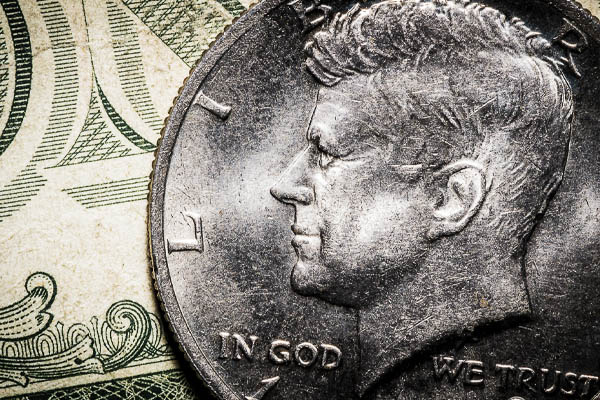 Into the Final Decades of the 20th Century

Once mankind had set foot on the moon, and a final frontier had apparently been reached, it was perhaps understandable that public fascination with famous explorers, pioneers and record-breakers began to wane.
‍
From the late 1960s, Rolex yet again demonstrated its natural ability, and indeed agility, to position itself with the trends and fascinations of the day. A new era of aligning the brand with the world of sport began. Yet simultaneously the coronet remained affixed to the wrists of the great and the good in the spheres of politics and art. 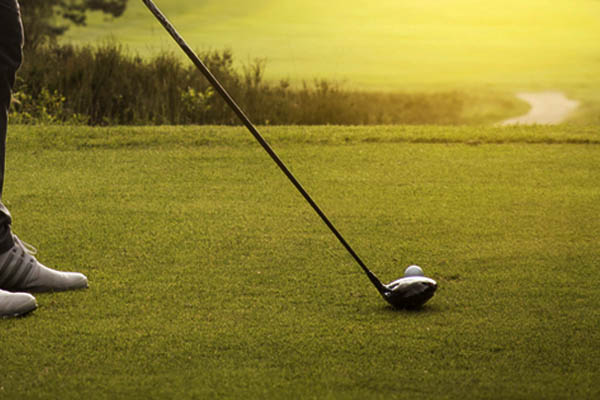 In 1968, Rolex signed up the three most famous sportsmen on the planet. Formula One legend Jackie Stewart, Arnold Palmer (who by this time had already claimed his seven major golf titles), and downhill skier Jean-Claude Killy who had just won three Olympic gold medals, all came on board.

Elvis Presley owned a Rolex King Midas which is still on display at Graceland. Frederick Forsyth, the suave English novelist and former spy, featured in a series of Rolex adverts in the 1980s. And in 1978, Rolex capitalised on its earlier fame for being the watch of choice for Sir Edmund Hillary and Tenzing Norgay (the first men to scale Everest in 1953), by promoting the Explorer II as the timepiece chosen by Reinhold Messner, as he became the first to reach the peak of world’s highest mountain without oxygen. 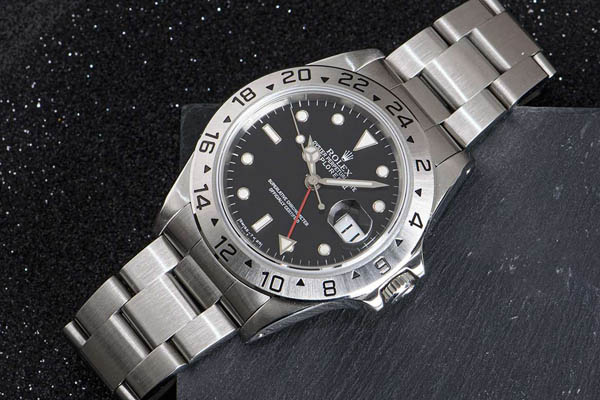 To this day, Jackie Stewart remains one of the most high profile Rolex brand ambassadors. Like all great Rolex testimonies, his very first model was the 1966 yellow-gold Day-Date. In 2016, the winner of three World Driver Championships was presented with a new Rolex Daytona to mark 50 years since his first Grand Prix victory.

Since the turn of the millennium, Rolex has aligned itself with Roger Federer and Tiger Woods. The two men can claim to be the greatest that ever played in the fields of tennis and golf. The brand also sponsors contests in golf, motorsports, show jumping, tennis and yachting.

In the field of entertainment, Rolex has continued to keep pace with cultural trends. Michael Bublé was given his first Rolex watch by his record label upon the success of his first album, which he came to see as a measurement of his hard work and dedication to reach his dream.

Every Rolex Tells A Story

In truth, there is no other brand on the planet who can lay claim to having been represented by so many of the most notable and important figures of the 20th and 21st century. If every Rolex tells a story, then every wearer takes his or her place in the legends of modern history. If you have an interest in pre-owned Rolex watches, pause for a moment and ponder just who has worn it before you?