The Patek Philippe Perpetual Calendar chronograph is integral to the luxury Swiss watch brand's global success, as it represents one of the greatest innovations in watchmaking history. Collectors of fine watches have enjoyed an enduring love affair with the model since its inception in 1889.
‍
Great watches are judged on both their functionality and aesthetic appeal, and crafting the complex mechanism of a luxury watch requires more artistry than the intricate case in which it is housed. The watch's complications — essentially the things it can do, as well as telling the time - are testament to the watchmaker's skills.
‍
A watch can feature many complications, from the date display to comparing numerous time zones, but the perpetual calendar is known to be one of the most challenging technical features a watchmaker can achieve. When it comes to the Patek Philippe Perpetual Calendar, it's a truly amazing feat of technical wizardry. 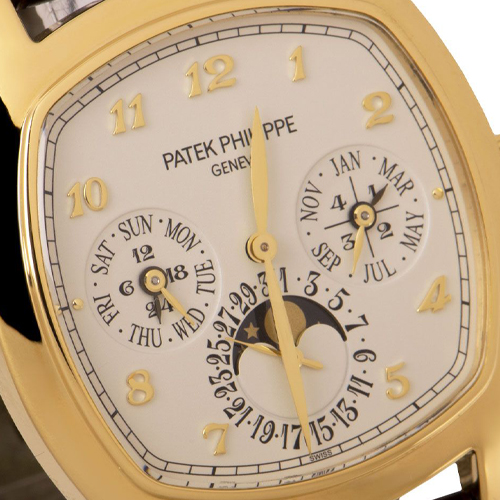 There's only one undisputed master of perpetual calendars and that's Patek Philippe. The history of Patek Philippe is an interesting story, as the brand was founded in Geneva by two Polish immigrants, Antoni Patek and Franciszek Czapek, in May 1839, Patek Philippe originally produced 200 exclusive watches each year.
‍
When the co-founders' business partnership dissolved in 1845, as Czapek decided to go solo, Patek was joined by French horologist Adrien Philippe, who became the brand's creative force at the forefront of innovation. Complex mechanisms were Philippe's speciality. He had already invented a mechanism to wind and set watches using a crown, rather than a key.
‍
His skills saw increasingly complex mechanisms becoming a key feature of Patek Philippe watches. The company patented its legendary perpetual calendar wristwatch in 1889, which was a major historical moment in the fashion industry that left its mark.

What does The Perpetual Calendar Do?

Patek Philippe had solved the mystery of how to incorporate a leap year every four years into the model's mechanism without having to adjust it manually. Although this is something we have come to take for granted in watches today, the watchmaker's invention was revolutionary in the 19th century. The perpetual calendar inspired great reverence in horological circles, thanks to its mastery of the Gregorian calendar.
‍
The leap year means an extra day being added on 29th February every four years.  A watch with a perpetual calendar automatically accounts for this curious discrepancy, accurately measuring the month, day and time in perpetuity without requiring any adjustment. Prior to the release of the Patek Philippe Perpetual Calendar wristwatch, the brand had already created a perpetual calendar pocket watch. However, it was the evolution of the wristwatch with its complex mechanism that led to Philippe patenting his creation. 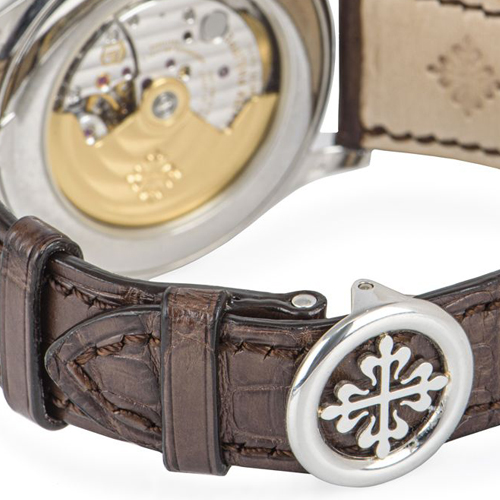 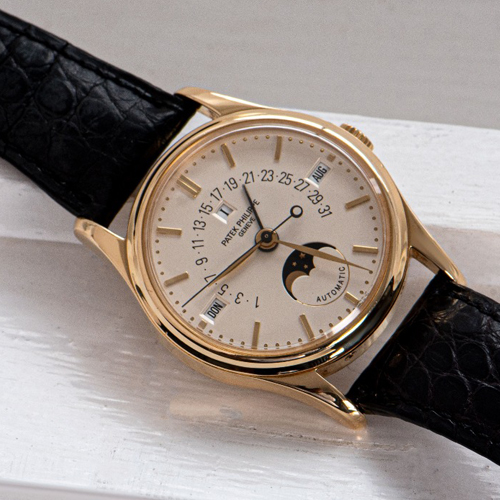 Always striving for perfection and refinement, in 1898, the brand scaled the movement down further to power a ladies’ pendant watch. This was quite a remarkable innovation since the market for women's watches at the time was relatively small and didn't have a reputation for cutting edge precision.
‍
In 1925, the movement was re-cased in a relatively small 34.4 mm yellow gold case. The perpetual calendar is so challenging to create because each of its individual calculations requires its own set of mechanisms. These include the hours, minutes, seconds, month, date, day of the week and the moon phase.
‍
Some of the prototype watches designed by Patek Philippe were so complicated that their development took up to 30 years before they were ready for production. The beauty of the Patek Philippe Perpetual Calendar range was the creator's ability to cram all of the complex mechanisms into a watch that wasn't much larger than its simpler counterparts.

The first Patek Philippe Perpetual Calendar wristwatch, model reference 97975, features four sub-dials displaying the day, seconds, moon phase and month, and the date was displayed along the dial's perimeter via a scale. The early layout was subsequently refined for later models, such as the Perpetual Calendar reference 96, released in 1937. It represented the brand's ability to make complex movements seem effortless.
‍
The ref 96 introduced two parallel aperture windows for the month and day, but its biggest innovation was the first retrograde date display. Instead of the circular sub-dial looping from the 1st to the 31st, the date was arranged as a semi-circle along the dial's top half. This was indicated by a blue retrograde hand that instantly jumped back to "1" after midnight on the last day of the month in a thoughtfully-designed perpetual calendar. 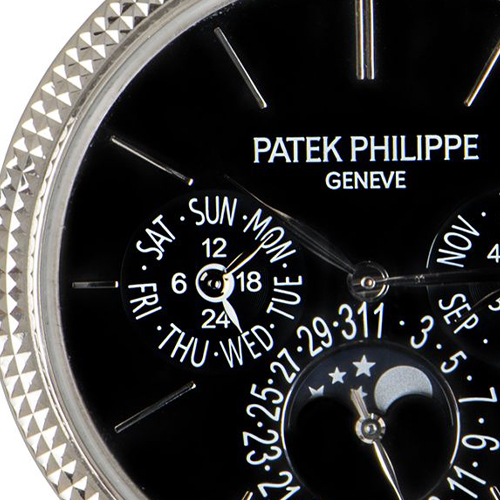 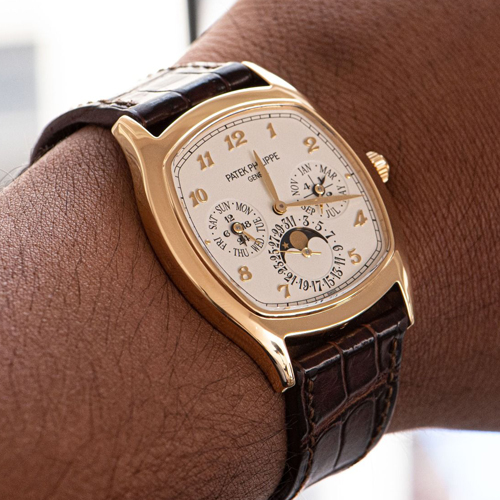 The innovations of Patek Philippe Perpetual Calendars just kept on coming. In particular, in 1941, the legendary Patek Philippe reference 1526 was the world's first perpetual calendar watch for the general public. In those days, complications were a rarity, even in the world of luxury watches.
‍
While today, they can be found in almost every respectable watchmaker’s collection, during the war, they were reserved for private commissions. The reference 1526 had introduced a perpetual calendar into the brand's range of watches for general consumers, rather than for Patek Philippe's wealthier followers.

The other big innovation, the reference 1518, combined all the data of a perpetual calendar with the stopwatch functions of a chronograph. It was a mind-boggling feat of engineering that no other watchmaker attempted for another 50 years. Patek Philippe is the master of Perpetual Calendar chronographs today and many collectors believe they are the ultimate expression of the brand's technical skills and aesthetic refinement.

What Are The Popular Perpetual Calendar Watches?

One of the most sought-after Patek Philippe Perpetual Calendar models, the reference 2499, fetched a massive £3.1 million at a Sotheby’s sale in Geneva in 2018. Prior to this, the record sale price for the range was £2.7 million for a reference 2499 owned by the rock star, Eric Clapton.
‍
While perpetual calendars feature in some of Patek Philippe's rarest watches, they are also a part of the brand's selection of elegant everyday watches. The reference 5140 features a thinner self-winding movement, while the ref 5327, launched in 2016, added Breguet Arabic numerals and a Calatrava style case. It has become the modern flagship perpetual calendar watch in Patek Philippe’s collection today. In 2018, the reference 5740 combined the sporty Nautilus with the perpetual calendar's complications and stylish design. 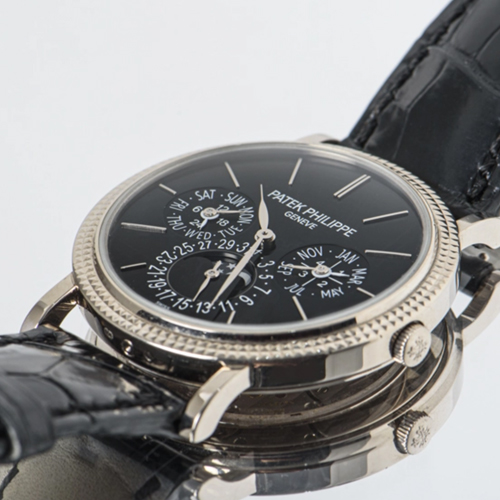 How Expensive Is A Patek Philippe Perpetual Calendar? 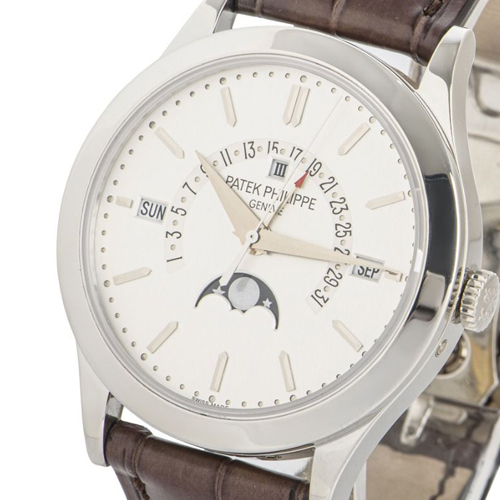 Is A Patek Philippe Watch A Good Investment?

As the last independent, family-owned watch manufacturer in Geneva, Patek Philippe has creative freedom to design, assemble and produce exclusive fine timepieces. If you're looking to invest in a timepiece selection of luxury Patek Philippe watches, contact us for some of the finest unworn and pre-owned models. As a leading supplier of popular watch brands, every pre-owned watch we sell comes with our guarantee of authenticity and a one-year warranty.