History Of The Patek Phillippe Calatrava

History Of The Patek Philippe Calatrava

As one of the world’s most revered watch brands, Patek Philippe traces its rich history back to 1839 when renowned Polish watchmaker Antoine Norber De Patek joined forces with Francoise Czapek to form Patek Czapek & Cie. It wasn’t until 1851 that the company merged with French watchmaker Jean Adrien Phillppe to form Patek Philippe & Cie. Together these two watchmakers would go on to create some of the most groundbreaking timepieces of the early 19th Century.
‍
Innovations include the first perpetual calendar, double chronograph and split-second chronograph. And that tradition of innovation continues to this day, as the brand continues to push the boundaries of what is possible with mechanical watchmaking.
‍
There have been many iconic watches created throughout the history of Patek Philippe, but few have gained as much respect as the Calatrava. With its slimline case, minimalist dial and exquisite detailing. This is the watch that has come to most signify Patek Philippe's design philosophy.

The Timeless Design Of The Luxury Piece 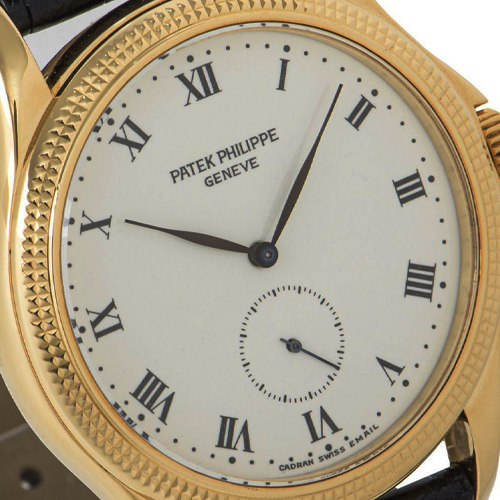 Introduced back in 1932, the Calatrava ref.96 was launched at the height of the Great Depression, therefore the date helps to explain the watches’ refined but understated appearance. Despite this, the watch proved to be a success on both sides of the Atlantic. So much so in fact that the original ref. 96 remained in production for more than 40 years. It wasn’t until 1973 that it was replaced by Ref. 2526.
‍
The Calatrava, named from the cross worn by 12th century Calatrava Knights of Spain and Portugal, was designed by English Watchmaker David Penney. Penny was inspired by the German Bauhaus movement, one of the most influential design movements of the 20th century. The Bauhaus eschewed the flourishes and decadence of earlier design movements such as Art Deco and Art Nouveau, favouring a more geometric style that features little emotion or historical references instead.

A no-nonsense Englishman, Penny felt that the simple elegant Bauhaus style was perfectly suited to wristwatches whose primary aim was to display the time. As such the Calatrava features little in the way of design flourishes. The first Calatrava featured a hand-wound movement with small seconds, and the dial was made from plain white enamel and featured simple gold plated batten indices. This was complemented by elegant Dauphine style hands also in gold. Today, the Calatrava still features the same simple design philosophy. However, several editions have launched eschewed battens replacing them with Roman, Breguet and Arabic Numerals instead.

The Movement Of The Calatrava

Perhaps one of the most distinguishing features of the Calatrava is its ultra-slim profile. This was a deliberate move by Penny, who felt the watches primary customers would be Gentlemen who still wore buttoned shirt cuffs. As a result of this, the watch needed to be ultra-slim to comfortably fit under the cuff of men’s shirts.
This proved to be a challenge since wristwatches were still in their infancy and Patek didn’t manufacture its own movements in-house. The first Calatrava, therefore, featured a 12-lingue movement from Jaeger LeCoultre. But this proved unsuccessful since the movement demonstrated to be unreliable in the slimline Calatrava case. 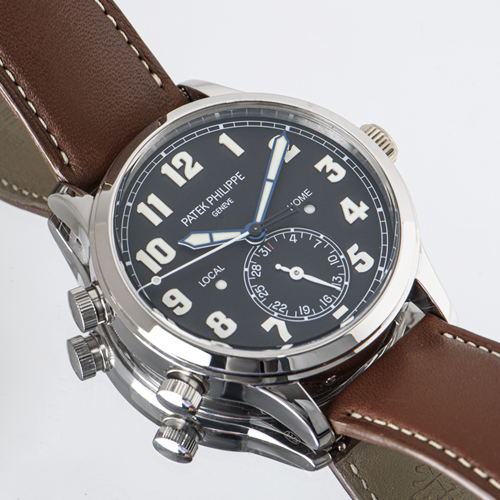 The Development Of Patek’s First Movement

The solution for Patek was to develop its own movement in-house, and the task was passed to renowned horologist Jean Pfister. The first in-house Patek movement calibre 12”’120 was launched in 1934 and featured a hand-wound movement with small seconds.
‍
The original Patek movement featured a finger bridge architecture that proved to be both reliable and easy to service in contrast to the full or three-quarter plate bridge designs that were being used by other manufacturers. The calibre 12”’120 remained in production until 1973, but an updated 12”’400 calibre was introduced in 1953 and manufactured alongside the 12”’120. This featured additional shock resistance and an improved regulator to improve timekeeping and reliability.

Introduction Of The First Automatic Calatrava

In 1953 Patek launched an automatic version of the watch ref. 2526 powered by the iconic 12-600 AT movement. This watch featured several firsts for Patek, an automatic winding mechanism, a Gyromax balance wheel and a water-resistant case.
‍
The 12-600 AT is regarded by watch enthusiasts as one of the finest automatic watch movements ever produced. It still features the finger bridge design of earlier Calatrava movements but integrates a swan neck regulator in parallel with the balance wheel. 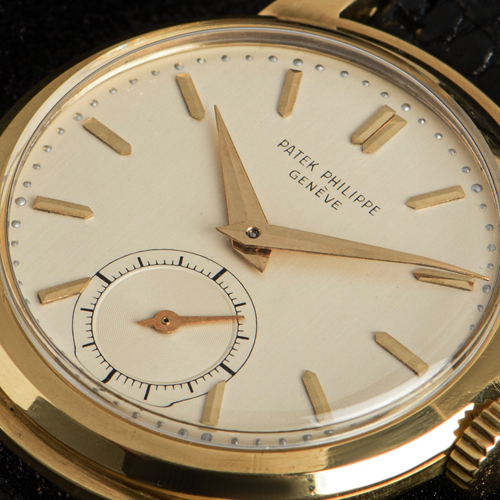 Updates From The Original Calatrava Timepiece 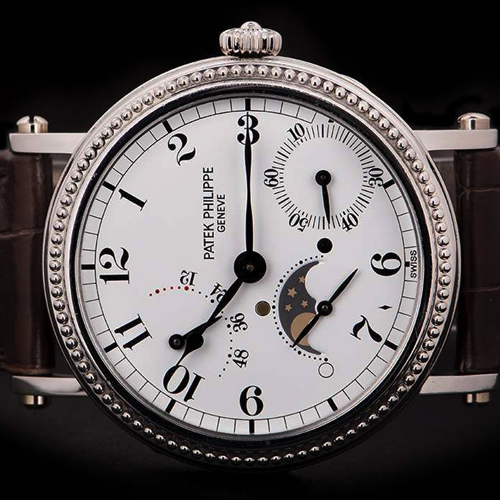 The Original Calatrava Timepiece
‍
There are a great number of stunning Calatrava collections that the company has produced over the years, each providing a different purpose and refined look to create history in the watch industry. The ref. 96 1933-73 is the original and most sought after of the Calatrava collections. Early versions of the timepiece contained a 12-lingue movement from Jaeger LeCoultre. This was replaced in 1934 with an in-house calibre 12”’120 movement designed by Jean Pfister.
‍
’The Large Cross’
‍
The ref. 570  1938-68 nicknamed Calatrvone (Italian for large cross) was a bigger version of the standard Calatrava. It came with a 37mm bezel and featured a two-tone dial finished with Breguet numerals. The ref. 570 today stands as one of the most desirable Patek Philippe watches available and is sought after by many luxury watch wearers thanks to its stunning finish and refined look.
‍
The Self-Winding Luxury Wrist Watch
‍
The ref. 2526  1953-61 introduced the first self-winding Calatrava, and this was in fact the first automatic Patek ever to be produced. The watch contains an in-house automatic 12-600 AT movement that is regarded as one of the finest automatic watch movements in the world.
‍
Patek Philippe’s Waterproof Calatrava
‍
When launched in 1965 ref. 3520 1965-08 was the slimmest waterproof watch in the world. Early versions contained a Piguet-based movement, which was replaced in 1977 by a Patek designed calibre 177. The watch then remained in production until 2008 which proved extremely popular across a range of popular watch brands.

If you’re looking for a Patek Philippe Calatrava to add to your collection of luxury watches, or simply want to find a new timepiece from a selection of the most popular watch brands, then here at Watch Centre we have a wide range of luxury watches perfect for your collection.
‍
We source the best watches from leading collectors worldwide to ensure you only get the best quality watches with the most complete providence. If you have a specific model in mind but can’t find it in stock, then don’t hesitate to get in touch, we may be able to use our extensive contact list to locate one for you and match you with the watch of your dreams.