Ask collectors to think of luxury watch brands and two will usually spring to mind: Patek Philippe and Audemars Piguet. Both are Swiss watch brands founded in the 19th century, with world-renowned reputations for creating highly accurate and beautifully crafted timepieces.

Patek Philippe and Audemars Piguet, founded in 1839 and 1875 respectively, decided to enter the world of luxury sports watches around 50 years ago. It's no surprise that the world's two premier designs come from the leading brands, namely the Audemars Piguet Royal Oak and the Patek Philippe Nautilus.

Audemars Piguet has been credited with inventing the category of luxury sports watches in 1972, when the Gérald Genta-designed Royal Oak was released. A few years later, in 1976, Patek Philippe released its iconic Nautilus, using the same watch movement, the amazing JLC 920, also with a Genta-designed case. This was the start of intense competition between the two brands to determine who has produced the best luxury sports watch.

If you're thinking of purchasing either, read our in-depth guide, Patek Philippe Nautilus vs Audemars Piguet Royal Oak, to help make up your mind. When you want an amazing sports watch that's one step ahead of what you see every day, either of these could be the watch for you.

Birth of the sports watch 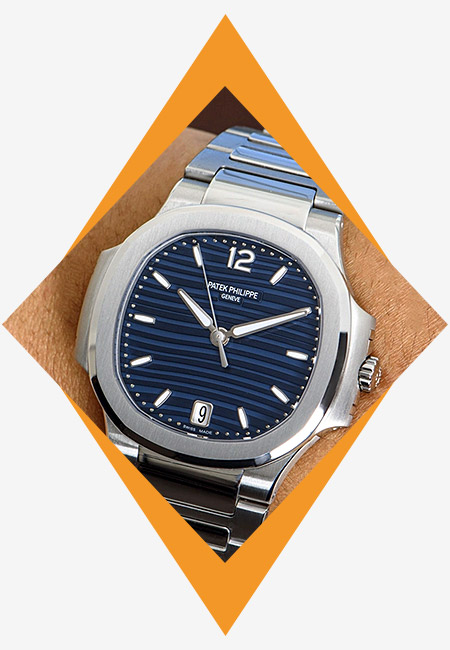 Before watch collecting was a thing, they were simply a tool to tell the time. Then, designers suddenly made people realise a watch could be far more. Up-and-coming Swiss watch designer and artist Gérald Genta famously said, "I hate the constraint of time. It annoys me!"

His fresh vision was behind the evolution of watchmaking. First, he came up with the Audemars Piguet Royal Oak, followed by the Patek Philippe Nautilus. The super-size stainless steel watches featured angular designs totally different from anything seen before.

Genta was given only one day to perfect the concept behind the Royal Oak. It wasn't much different when it came to the Nautilus. However, Genta, who had worked with many luxury watch brands, admitted designing even complex watches came easily to him.

Genta is regarded by many as the greatest watch designer of all time and both the Royal Oak and the Nautilus have further cemented his reputation as the king of luxury watches.

The stainless steel Royal Oak was more costly than many of the brand's gold watches. It was ten times more expensive than its rival, the Rolex Submariner, at the time.

The Nautilus collection played a key role in Patek Philippe's overall marketing strategy in the 1970s. Both models were among the most expensive watches ever made at the time, so they had to be something extra-special. 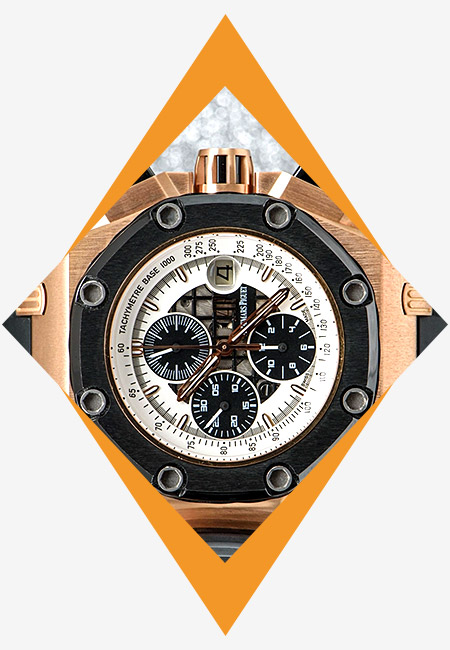 We're going to compare two vintage models, the Audemars Piguet Royal Oak Jumbo and the Patek Philippe Nautilus from 1981. This model of Nautilus is slightly newer than the Royal Oak Jumbo. These models are both about the earliest you're going to find from each collection on the pre-owned watch market today, unless you strike very lucky.

The Royal Oak Jumbo Extra Thin reference 15202ST is described by many collectors as "the best luxury sports watch on the planet". Created during the infamous 1970s "quartz crisis", it provided a much-needed boost for Audemars Piguet when times were tough in the luxury watch sector.

Genta's ground-breaking new watch was unveiled at the Baselworld fair in 1972, its stainless steel case appealing to a whole new market. Its most striking features included a distinctive screwed octagonal bezel. The design was inspired by a ship’s porthole and was certainly unusual. It was water-resistant to a depth of 50 metres.

The case measured 39 mm and was very large for the era, hence the "Jumbo" moniker. Its ultra-thin automatic caliber, known as the 2121, was later used for the Patek Philippe Nautilus too. 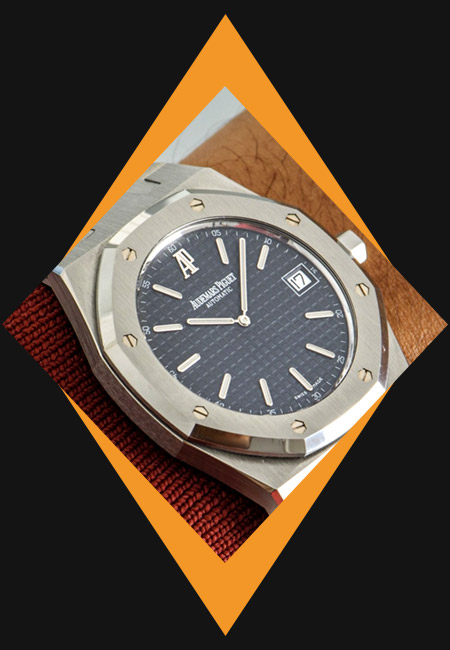 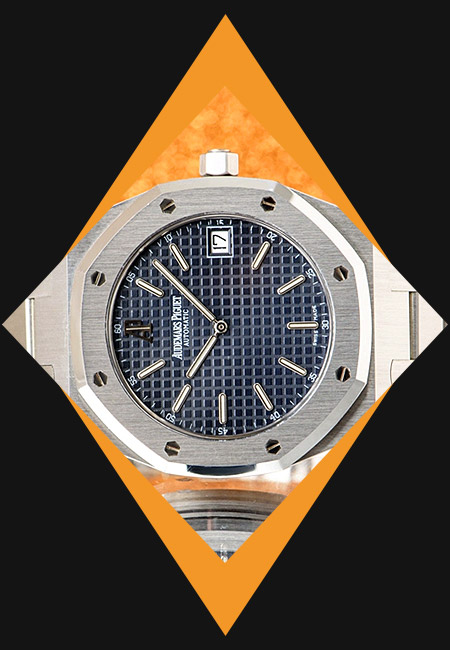 The Royal Oak Jumbo featured an integrated bracelet, something we take for granted today. Comfortable and sporty, it was liked for its thinness and ability to be stretched, the bracelet integrating seamlessly into the case. The folding clasp clicks into place with a satisfying sound.

Every part of the octagonal bezel is executed flawlessly, with the distinctive screws perfectly aligned. On the back, visible through the sapphire glass, is the self-winding, ultra-thin, caliber 2121 mechanism, comprising 247 parts. It offers a 40-hour power reserve when wound fully.

Beautifully finished, but subtle enough not to look too extravagant, the Royal Oak's oscillating weight is made from 21-carat gold. The bridges boast polished bevels, with satin-brushed edges and decorative perlage on the recesses. It's exceptionally well-made and super-comfortable, everything a collector of luxury sports watches could wish for.

Its understated, yet opulent, appearance looks great with everything. Whether you're wearing it with a suit for the office, for a dinner date at an upmarket restaurant, or for a day lazing down at the pool on holiday, its design fits the bill every time. 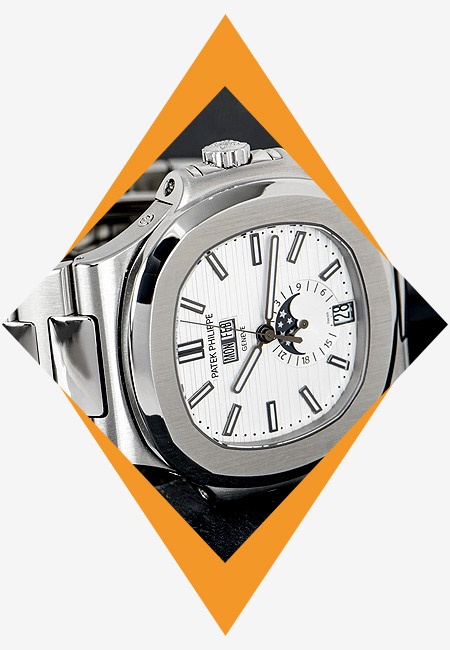 The 1981 Patek Philippe Nautilus reference 3700 in steel features the very same ultra-thin movement as the Audemars Piguet Royal Oak. With the case designed by the same man, Gérald Genta, the Nautilus has also been given the nickname "the Jumbo" by collectors, likening it to the Royal Oak even further.

The Nautilus reference 3700 is undoubtedly the iconic watch of the 1980s. The case measures 42 mm wide, making it slightly larger than the Royal Oak and truly justifying its "jumbo" status. Collectors describe it as Genta's "legacy to the entire watch community".

People who had already bought a Royal Oak in the '70s saw the Nautilus and realised right away it was another luxury watch to be admired. The Nautilus has a different feel on the wrist from the Royal Oak.
Like the Royal Oak, the Nautilus was described by marketers as being ideal for a "formal or festive" occasion. It took shape between the skilled hands of master craftsmen and was designed to be "inseparable from its owner for life".

The steel case is water-resistant to a depth of 120 metres. Its self-winding movement incorporates a section of 21-carat gold, the added weight ensuring optimum winding efficiency.

This stainless steel watch, with its super-large case, integrated bracelet and bold design, was an immense move from a brand known for its conservatism until now. However, releasing the Nautilus was a clever move, as it soon became an icon.

The name Nautilus was chosen in reference to the submarine commanded by Captain Nemo in Jules Verne's famous novel, 20,000 Leagues Under the Sea, published in 1870.The porthole-inspired case has two "ears" reminiscent of the hinges on a ship's windows. The octagonal shape is smoother and less angular than that of the Audemars Piguet Royal Oak. Overall, it appears more rounded. On top is the now legendary smoother octagonal bezel, featuring an understated brushed surface.

The watch was ultra-thin, measuring only 7.6 mm deep. While sportiness was the watch's main goal, its elegance was still kept alive. Its solid construction contrasts with its delicate movement and dial. These qualities make it especially appealing.

The dial uses different textures and light to create an eye-catching face. The original colour in the 1970s and '80s was more of a charcoal with a hint of blue, compared with some later models that fade from pitch black to warm dark grey. The movement comprises 36 jewels and measures 28 mm in diameter. The power reserve is 40 hours when fully wound.

The Patek Philippe Nautilus 3700 was made in several editions. The steel models are the best-known, as there were more produced. There was also a rarer two-tone model with a dark blue dial, with only around 900 produced. 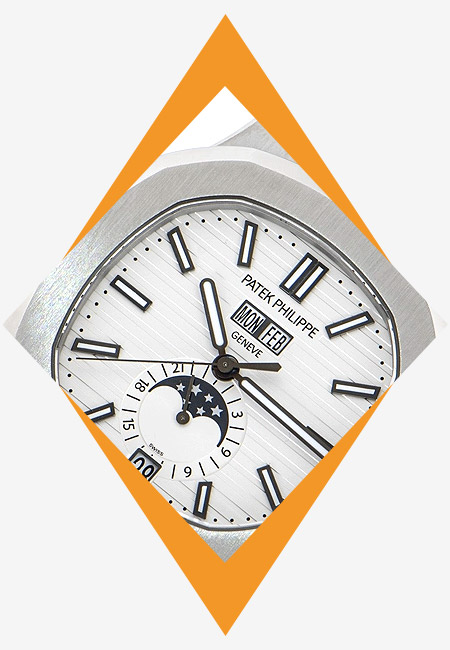 When you're looking to buy either a Patek Philippe Nautilus or Audemars Piguet Royal Oak and still can't decide which one, take inspiration from Watch Centre's large collection. As one of London's leading vintage, pre-owned and unworn luxury watch dealers, we ensure every watch bought and sold by us meets our stringent standards of inspection and quality control.